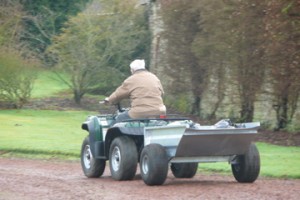 When you get your trolley full of tricks, bring others with you!

I’ve been looking at online technologies for a few months now and I have to admit to being overwhelmed somewhat by the rapid emergence of new stuff as well as trying to reconcile it all with practical use in the classroom. After attending Umbrella Group meetings and the recent AIS Integrator’s Conference, I felt validated about the technology that I had chosen to use – Blogs and Edmodo. Confident in my path, I sat down with my infinitely patient co-teacher to run her through what I had planned with Edmodo. I was surprised at myself when I was lost for words at her regular question: “Why are we doing this?”

But I was on a roll! I was setting things up, my students were right into it, I felt happy with it all. Why then, did I get derailed when asked to explain the purpose of it all? I was happy in my mind about the benefits of technology integration, but I had neglected an important, nay the most vital aspect of the facilitator’s roll in a school…

It seems so obvious now, that on reflection, I was in a daze. I couldn’t see the forest for the trees, so engulfed and excited at my new developments I was. (Channeling the grammar of Yoda a bit, too.) I was trapped in the void between teacher who can confidently use technology in their own classroom and a facilitator, whose role it is to help others do the same.

I put it to the community of classroom IT users that innovation cannot come at the expense of integration. We talk of a classroom full of ‘New Media’ where ‘Digital Natives’ practice their 21st Century-thing, and we applaud ourselves for being at the coalface. For streaming ahead. You know who is at risk here? The teachers we leave behind.

I made the mistake of not considering my colleague when streaming ahead with my new methods. I can see how it would have ended up – her class asking her why they weren’t doing all the fun things 5PH was? Who looks good and bad in that situation…?

A responsibility for us all is to be mindful of the balance. Innovation v Integration. Come one, come all. Leave no-one behind.

Edmodo is social networking for the classroom

My general approach to new technology tools has been to use my own class as guinea pigs to establish the ‘workability’ of a new tool in the classroom, at which point I will establish what practical use it might have in the classroom, and then share it with other staff. The discovery and testing happens a lot, but not so much the sharing.

Something exciting has happened, though. In my (relatively new)role as an IT coordinator, I have just realised my first successful sharing of a new technology. Let me share the anecdote:

I introduced blogging to my staff at the beginning of the term during a staff day workshop. Several class and specialist teachers were keen to get involved with this tool. While helping one of the Year 4 teachers set up the blogs, I noticed that she was looking for a ‘post and comment’ solution, where she would ask a question, and all the students would answer, which did not smoothly fit into the ‘blogging method.’

I suggested Edmodo, a made-for-classroom social networking tool which is even designed to look like Facebook. Edmodo would allow her to have students respond to her posts without all the ‘extra admin’ that setting up blogs for 23 kids would require. She introduced Edmodo to her girls and it was a resounding success, with the girls responding to her questions enthusiastically. We reflected after the fact that if she had used blogging with this activity, that it would not have been as efficient, as the more complex process of setting up the blogs would have interfered with the task itself.

With further reflection, I have realised that technology use in the classroom, while being valuable in its own right needs to be managed in terms of using the right tool for the job. A common complaint from ‘non-IT’ teachers is that when an integrator introduces something new, everyone in the school takes it on and there is no sequential development throughout the year levels. We need to move everyone away from the viewpoint that a particular tool, be it a program, a web app, a piece of hardware or whatever, should not be introduced to a whole school at once, but be staggered, so that older students ‘get something new.’ Rather, new tools should be universally rolled out and it is then up to the integrator, in conjunction with the class teachers to apply that tool in the most appropriate way to different year levels.

I guess what I am getting at with this post is that we should make sure we ‘choose the right tool for the job’ and not just use technology for the sake of it. True, technology use has its own intrinsic value, but using the wrong technology may both a) make the task at hand harder to achieve, which will cause b) students to get frustrated or intimidated by technology, leading to disengagement. Neither of these outcomes are desirable.

Musings of an emerging IT Integrator 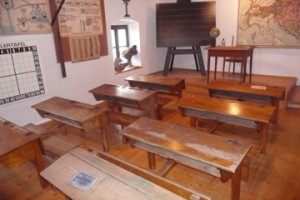 Laptops are not enough

As a class teacher, I constantly see opportunities for me to use technology in the classroom in a meaningful way. The application of new tools into an educational setting is a challenge at times, but a challenge that I am happy to take on. I have just attended my first conference, where I met about a hundred other teachers who were taking on, to various levels of success, the same challenge.

What I learnt the most at this conference was not how to use social networking technology as part of a literacy program or how to make podcasts more relevant, but learning that I was not the only one who was facing what I perceive as the biggest challenge for ICT integrators – convincing others that it is worthwhile exchanging tried and tested, ‘traditional’ methods for this ‘new fandagled computer business.’

As I reflected on the conference over the weekend, it occurred to me that I had been thinking that the point of using technology in the classroom was to enhance educational objectives – ie, satisfying prescribed curricula. What I now realise is that using such technology is now the ‘norm’ and as educators, we must use it in the classroom and the transition from ‘old’ to ‘new’ is indeed the underlying challenge of integrators.